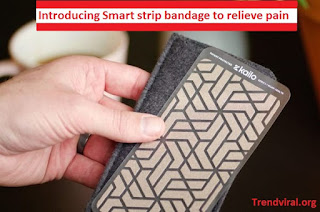 The Kylo Smart strip acts as a biological antenna to prevent pain from physical electronic signals.

Introducing Smart strip to relieve pain by bringing electricity to the body.

Name introduced for this strip is Called ‘Kylo’, this smart bandage can be used to relieve any type of external pain. The bandage interacts with the body’s electrical system in a way that reduces discomfort. It should be noted that no medicine was applied in this adhesive bandage.

Kylo has nano capacitors installed and acts as a sticker on a body like a bi-antenna and is electrically synchronized to the body.

This is why the temperature of the body’s nervous signal is increased as soon as it is felt. The company claims that once the physiological electronic signal system is corrected, the intensity of the pain automatically decreases and life returns to normal.

Kylo’s preparation involves five years of research and trials on humans and has now reached the level of a regular licensed product, but it is important to know its center on the body to relieve pain. 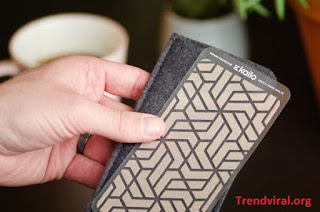 Although the water-proof Kyloti strip can be applied for weeks, the severity of the pain can be suppressed for several days even after the bandage is removed. Even just taking a few minutes can provide hours of rest

This major invention is in the phase of Internet cloud sourcing and a sticker is priced at $ 120.