What’s the corona virus & its types

The name corona originates from the Latin word crown, which means crown or radiance. Under an electron magnifying instrument, the picture of the infection is suggestive of a sun-based crown.
It was first identified in 1960, but we do not know where they come from. They get their name from their crown-like shape. Sometimes, but not often, a corona-virus can infect both animals & humans.

As indicated by the WHO (World Health Organization), corona-viruses are a group of infections that cause sickness extending Coronavirus from the normal virus to progressively serious illnesses, e.g., MERS (Middle East Respiratory Syndrome) and SARS (Severe Acute Respiratory Syndrome). These infections were initially transmitted between individuals & creatures. SARS, e.g., accepted to transmitted from civet felines to people while MERS went from a sort of camel to people.

some known corona-viruses are flowing in creatures that have couldn’t yet taint people.

A 2019 novel-virus corona, recognized by Chinese experts on 7/01/2020 & named 2019-nCoV, is another strain that had not been recently distinguished in people.

Little thought about it, albeit human-to-human transmission, affirmed.

It is a type of common virus that causes an infection in the nose, sinuses, or upper throat.
Common types are:

Most corona-viruses are not dangerous these types are:

Some types  are dangerous these are: 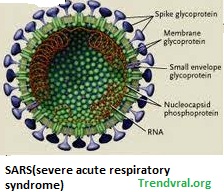 But in early January 2020, the World Health Organization (WHO) identified a new type: 2019 novel corona-virus (2019-nCoV) in Wuhan China.
(2019–nCoV)2019 Novel Coronavirus is a virus (more specifically, a corona-virus) identified as the cause of an outbreak of respiratory illness.

By late January 2020, there were three Coronavirus hundred confirmed cases in China & a death count that was still in the single digits but rising. And despite airport screenings, a traveller had brought the first case to the U.S.
177,889 people have died so far from the corona-virus outbreak as of 22 April 2020.
There are currently 2565,950 confirmed cases in 210 countries & territories. 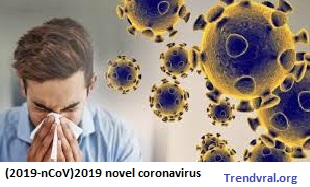